Scott W. Scheffler is the executive director of the Permian Road Safety Coalition (PRSC), a 501 c(4) not-for-profit organization that is focused on road safety education and making the roadways of the Permian Basin in West Texas and Southeast New Mexico safer.

Scott previously served as a volunteer PRSC steering committee chairman and was a founder of the original PRSC, an ad-hoc oil and gas industry organization in 2015. Now a full-time industry effort, the PRSC’s board of directors named Scott to be the organization’s first executive director in April of 2019. Scott is currently employed by Shell Exploration & Production Company, his role at Shell was seconded to the PRSC to serve as the executive director.

Scott has more than 23 years of public relations and corporate communications experience, primarily in the oil, gas, and chemicals industries.

Prior to his role at the PRSC, he was the external relations manager for Shell’s U.S. Unconventionals business where he managed the communications strategy, media relations and stakeholder engagement and community relations efforts for Shell’s onshore shales exploration and production projects in Colorado, Kansas, New Mexico, Pennsylvania, and Texas.

Scott is an Eagle Scout and serves on the Marketing and Public Relations Sub-Committees of the National Board of the Boy Scouts of America. Scott is a graduate of the University of Houston with a degree in Journalism/Public Relations. He is currently enrolled at Texas A&M Law School seeking a Masters of Jurisprudence degree in energy, oil and gas law. Scott is accredited in public relations (APR) by the Public Relations Society of America. He and his wife have three kids and they reside in Magnolia, Texas, outside of Houston. 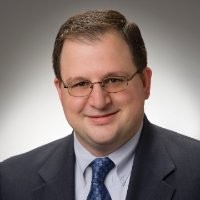